Variable Rate Shading is a Turing feature that increases rendering performance and quality by varying the shading rate for different regions of the frame.

VRS Wrapper makes it easier for developers to integrate gaze tracking capabilities of their HMDs for foveated rendering. This solution includes convenient presets for image quality and performance, as well as support for custom configurations.

Variable Rate Supersampling (VRSS) leverages VRS to apply supersampling in the region of interest of the screen in order to increase image quality.

An important property of VR systems is that the optics in the lens creates a varied resolution and sample rate of the view surface. With the Maxwell and Pascal architectures, we introduced techniques such as Multi-Resolution Shading (MRS) and Lens-Matched Shading (LMS) to optimize shading workloads for VR. MRS and LMS allowed developers to split the rendering surface up into subregions and match the sampling rate to the lens in each region, rather than overshading everywhere to meet the maximum local sampling needs.

This fine level of control enables developers to deploy new algorithms that were not previously possible for optimizing shading rate and increasing image quality. In this section, we will describe the underlying hardware mechanisms of VRS, and a few of the ways developers can enable it.

Without VRS, every pixel in the scene in Figure 1 would be shaded individually (the 1x1 blue grid case). With VRS, the pixel shading rate of triangles can vary. The developer has seven options to choose from for each 16x16 pixel region, including having one shading result be used to color four pixels (2x2), or 16 pixels (4x4), or non-square footprints like 1x2 or 2x4. The colored overlay on the right side of Figure 01 shows a possible application to a frame - the car, sky, and foliage have been shaded at full rate (i.e., blue region) to preserve fine details. The area next to the car has been shaded once per four pixels (green), and the road to the far left and right periphery has been shaded once per eight pixels (yellow).

With Turing’s Variable Rate Shading technology, a scene can be shaded with a mixture of rates varying between once per visibility sample (super-sampling) and once per sixteen visibility samples. The developer can specify the shading rate spatially (via a texture). As a result, a single triangle can be shaded using multiple rates, providing the developer with fine-grained control.

Note that VRS allows the developer to control the shading rate without changing the visibility rate. The ability to decouple shading rate and visibility rate makes VRS more broadly applicable than techniques such as MRS and LMS, that lower total rendering resolution in specified regions. At the same time, VRS, MRS, and LMS can be used in combination since they are independent techniques enabled by separate hardware paths.

Obtain the best image quality and performance for your application

Get Started with VRS

VRS can be leveraged for many uses cases, including applying supersampling to text and enhancing quality on certain materials or scene regions. But one particularly beneficial use case for VR is foveated rendering. To simplify integration of foveated rendering, we developed a streamlined set of APIs that address this specific use case.

The VRS Wrapper APIs assist developers in integrating foveated rendering within their DX11 application. This implementation provides the minimum number of APIs required for integration with much of the heavy lifting done inside the NVIDIA driver. This solution includes convenient presets for performance and quality, as well as support for custom configurations.

VRS Wrapper consists of the following two interfaces and easy to use presets:

Get Started with VRS Wrapper

Improving image quality where the user looks is paramount to reducing aliasing and providing a smoother immersive VR experience. VRSS accomplishes this by supersampling the foveated region.

Foveated rendering is a technique where a region of the HMD screen is sampled at a higher shading rate. The first VRSS version supported fixed foveated rendering in the center of the screen. The latest version, VRSS 2, integrates dynamic gaze tracking, moving the foveated region where the user is looking.

VRSS is a zero-coding solution, so developers do not need to add any code to implement VRSS. All the work is done through NVIDIA drivers, which makes it easy for users to experience VRSS in profiled games and applications. With VRSS 2, we have closely integrated Tobii’s eye-tracking solution to enable dynamic foveated supersampling. And again, this doesn’t need developer integration - NVIDIA does this at driver-level.

VRSS in the NVIDIA Control Panel

VRSS has two modes in the NVIDIA Control Panel: “Adaptive” and “Always On.”

Up to 8X supersampling in the region of interest

Sign up to get the latest news and updates on NVIDIA XR.

VR head-mounted displays (HMDs) continue to dramatically improve with each generation. Resolution, refresh rate, field of view, and other features bring unique challenges to the table.

We introduced Variable Rate Shading (VRS) last year with the Turing architecture. This new, easy to implement rendering technique allows developers to vary the amount of ... 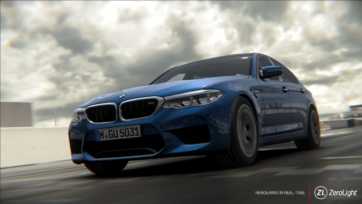 VR head-mounted displays (HMDs) continue to dramatically improve with each generation. Resolution, refresh rate, field of view, and other features bring unique challenges to the table. The NVIDIA VRWorks Graphics SDK has been offering various rendering technologies to tackle the challenges brought forth ...