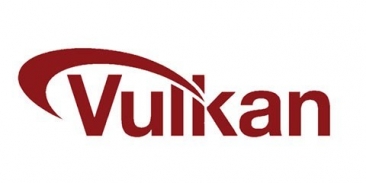 In this blog post we will go into further details of one of the most common state changes in scene rendering: binding shader resources such as uniform- or storage-buffers, images or samplers.

Binding Resources as Groups with DescriptorSets

To avoid performance pitfalls of traditional individual bindings Vulkan organizes bindings in groups, which are called DescriptorSets. Each group can itself provide multiple bindings and there can be multiple such groups in parallel using a different set number. The number of available sets is hardware-dependent, however there is a required minimum.

What are the motivation behind this design? At this point it is important to stress that Vulkan was designed by many companies within the Khronos group, at least a dozen were making major contributions and more than twice that were seriously involved. Software developers were looking for a design that helps them in usage scenarios where they were typically bottle-necked in the past, and hardware vendors want interfaces giving enough flexibility within their implementations.

One scenario software developers often found that within the hot loop of rendering scenes, is that they had bindings that happen at different frequencies.

By making proper use of the parallel DescriptorSet bindings and PipelineLayouts the software developers can now represent this in Vulkan (increasing set number as we descend). In principle you can do this in previous APIs as well, however, Vulkan tells the driver up front that in this example the “view” bindings, would be common to all shaders at the same binding slot. A traditional API would have to inspect all the software bindings when the shaders are changed with less apriori knowledge about which are being overwritten and which are important to keep.

The above illustration shows that bound DescriptorSets stay active as long as the PipelineLayout for that binding slot is matching.

We recommend making use of the different set numbers, to avoid redundant bindings. Putting many bindings that have very different frequencies in the same DescriptorSet can be bad for overall performance. Imagine a DescriptorSet with several textures and uniform buffer binding of which only one changes, that’s potentially a lot of data being sent to the GPU that effectively doesn’t do anything.

Another scenario that software developers faced is changing just some shader data on the same “loop” level. Material and object data such as matrices can be very frequent in large scenes (CAD applications…).

Vulkan provides different approaches for this as well. In principle uniform data can be fed in three ways:

PushConstants can be practical for very a small amount of information passed to drawcalls. Too much information would slow down CPU side due to additional allocations for the values being done. Be aware that the GPU side updates may affect very low complexity draw-calls, too.
Dynamic offsets are very fast for NVIDIA hardware. Re-using the same DescriptorSet with just different offsets is rather CPU-cache friendly as well compared to using and managing many DescriptorSets. NVIDIA’s OpenGL driver actually also optimizes uniform buffer binds where just the range changes for a binding unit.

As you can see Vulkan being an “explicit” API provides various means to let developers express their intended use in advance.